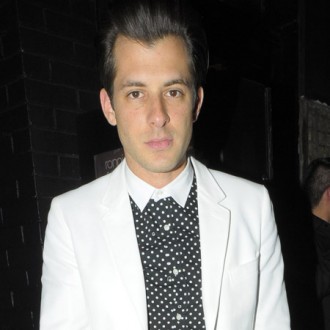 The pair topped the bill of the Help Japan event, raising money for the victims of the earthquake and tsunami which hit the country last month.

Held at the city’s Hoxton Pony bar, the bill also included a number of DJs and acoustic performers including The Subways, The View’s Kyle Falconer, Spark, and DJs Jodie Harsh, Jameela Jamil and Huw Stevens.

Spark said: “This is for such a good cause, and it’s wicked that there’s such a cool atmosphere in here – it’s absolutely rammed too! We’re having a great night.”

Mark took to the decks after midnight and was followed by Calvin, who played despite having to get up early for a flight the next morning.

In addition to the entry fee being donated to the Japanese Red Cross’s appeal to help those left homeless by the 9.0 magnitude earthquake and families of its victims, a collection bucket and raffle were organised, with prizes donated from celebrities including Noel Fielding, Mystery Jets and Eliza Doolittle.

Event organiser Ronnie Joice tweeted today (01.04.11): “Looking forward to announcing the official total we raised over the next few days. Will let you lot know first! Big kisses to everyone today.

“We are counting a bucket of pennies tonight BUT we’ve raised well over £1000 on the raffle & collection buckets.”