Marina and the Diamonds star Marina Diamandis used to be ''embarrassed'' by her desire to be famous. 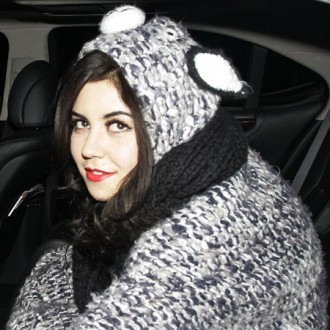 Marina Diamandis was “embarrassed” by her ambitions for fame.

The Marina and the Diamonds star didn’t tell anyone she had been secretly writing songs until she was 20 years old because she didn’t think she was good enough to do well, so preferred to wait until she had honed her talents.

She explained: “I think it was because I really wanted to be famous but was so embarrassed because it’s not a nice trait to have.

“I couldn’t admit it to anyone because they would be like, ‘How are you going to make that happen? What talent do you have?’

“And I wasn’t any good at music yet. So I thought I would wait until I could show them I was famous, instead of telling them.”

Despite her ambitions for fame, Marina, 26, is grateful that she is “just under” famous as it means she is able to lead a normal life.

She said: “I love [being approached]. But I’m in a fortunate place where I’m not hugely famous. I’m just under famous. I think it’s totally doable to become really successful and still keep a bit of privacy for yourself.”