A 31-year-old man Spanish man has been arrested over the leak of new Madonna track 'Gimme all Your Love' in November. 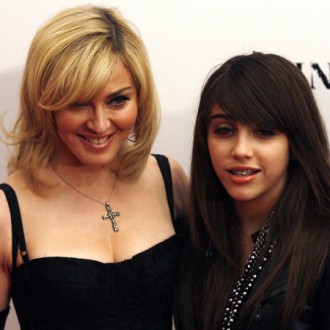 A 31-year-old man Spanish man has been arrested over the leak of a new Madonna track.

The suspect, identified only by the initials J.M.R., was arrested in the city of Zaragoza in northern Spain yesterday (21.12.11) then subsequently charged and released, according to a police statement.

The leaked song, ‘Gimme all Your Love’, surfaced online in November, greatly upsetting the singer and her team, with manager Guy Oseary urging fans to help track down the person responsible.

He tweeted at the time: “Madonna told me this morning ‘my true fans wouldn’t do this’- whoever is responsible for this leak, we ask that you please stop (sic)!

“I’m very happy with the positive reaction to the demo, but we are very upset with whoever leaked the song!!!!!!!! (sic)

“We are asking that the fans please help us police any more leaks. We have a lot in store for you, but please respect the process (sic).”

Lawyers working for Madonna traced the leaked track to Spain and Police said they found recordings of the song in a search of the suspect’s belongings.

Madonna is currently working on her 12th studio album, with producers including DJ Martin Solveig – who is thought to have produced ‘Gimme All Your Love’ – and William Orbit, who produced tracks on her ‘Ray of Light’ album in 1998 and ‘Music’ in 2000. The ‘Material Girl’ singer is expected to debut new material when she plays at the Super Bowl XLVI Half Time Show in the US in February.