Madonna to release new album in 2012

Madonna has confirmed she will release her 12th studio album next spring, a follow-up to 2008's 'Hard Candy'. 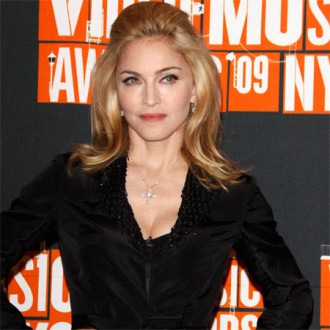 Madonna will release her new album in spring 2012.

The singer has confirmed she has started work on the LP – a follow-up to 2008’s ‘Hard Candy’ – with producer William Orbit and she is expected be busy in her New York studio until the end of the year.

Speaking at the Venice Film Festival – where she is promoting her new movie ‘W.E.’ – she told Sweden’s Sveriges Television: “I’ve started a little bit of work in the studio and then when I go back to New York I’ll be recording until the end of the year.”

When asked what fans can expect from her latest offering, she replied: “More good music.”

The first single from the record is expected to be released in February with the LP out a couple of months later.

In June this year, her manager Guy Oseary confirmed Madonna, 53, was back in the studio working on her 12th studio album.

He tweeted “Madonna goes into the recording studio next month to begin work on new album.

“She has a good idea of which producers she will be working with . lots of questions about what kind of music it will be – stay tuned.”