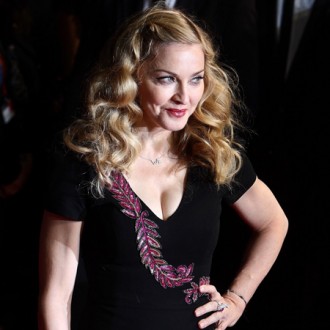 Madonna chose dancer Lil’ Buck to join her crew at the Smirnoff Nightlife Exchange project in New York on Saturday (12.11.11).

The 53-year-old ‘Holiday’ singer judged the final of the competition, held at the city’s Roseland Ballroom, and picked the dancer – real name Charles Riley – to join her when she next tours.

After his victory, Lil’ Buck said: “This has been an incredible journey and a dream come true.”

Madonna also didn’t shy away from getting involved with the competitors, and was on the dance floor for most of the night.

An onlooker told The Sun newspaper: “She didn’t hold back. Madonna was throwing wild shapes, much to the delight of the competitors.”

Lil’ Buck will have a role in Madonna’s next tour, expected to start after the release of her new album, planned for next year.

One new tack by the singer, ‘Gimme all Your Love’, was leaked last week, but her manager, Guy Oseary, said she is still putting the finishing touches to the album.

He tweeted: “No name for new album yet. The album is not finished. It should be done in the next month or so… not sure how many tracks yet (sic).”

As Madonna judged the dancing competition in New York, the Smirnoff Nightlife Exchange Project saw London swap with Jamaica to host a traditional street party on Saturday, with sets from Basement Jaxx, Ms. Dynamite and a host of traditional musicians and dancehall artists from the Caribbean country.

To find out more about The Smirnoff Nightlife Exchange Project, view videos and photos from the night, visit www.facebook.com/SmirnoffGB.