Madonna's has named her new album 'MDNA' and confirmed her plans to tour later in the year. 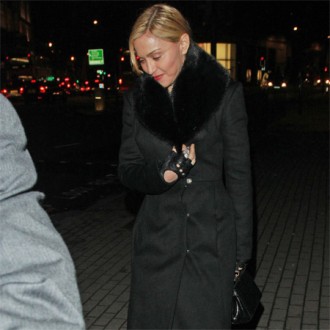 The ‘Music’ hitmaker revealed the title of her twelfth studio album this afternoon (11.01.12), in an interview with TV host Graham Norton in the UK, and also confirmed she will be going on tour again later this year.

She said: “I just have to pay the rent. A girl has to make a living, but truthfully I do enjoy it. Touring is the most rewarding of all my jobs.”

The release of ‘MDNA’ has been marred slightly by the leak of an early version of the first single, ‘Gimme All Your Luvin’ in November last year, for which a Spanish man was arrested in December.

Referring to the leak Madonna joked: “It’s soon. It depends how quickly people hack in to my server and leak it. Can people wait? It’s terrible.”

Madonna is also set to play the Super Bowl XLVI Half Time Show in February, where she is expected to debut ‘Gimme All Your Luvin’, which is rumoured to feature Nicki Minaj and M.I.A.

The track has also been listed for radio play in the US in February, with a public release expected to follow shortly afterward. A release date for the album has yet to be confirmed.