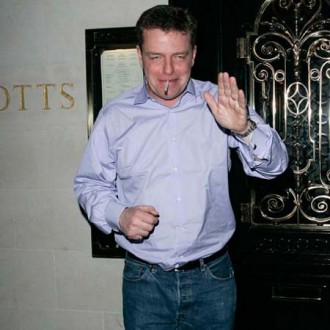 The ‘One Step Beyond’ band are staging a two day event in Minehead in Southern England and singer Suggs promises the band have put a lot of effort into making the event as action packed as possible.

He told BANG Showbiz: “We’re throwing ourselves into the whole thing you know, not just to have a couple of gigs, and some DJs, but to make it a 24/7 mad piece of s**t.

“I think they used to do that in the world of Stalin’s communism, where you go in one end then come out the other end completely induced into being a madness fan forever, whether you like it or not. It’s like that, give or take the Stalin aspect.”

The weekend will include acts and DJs from a wide variety of genres, including The Cuban Brothers, Jerry Dammers Spatial AKA Orchestra , beatboxer Beardyman DJ Andrew Weatherall and electronic act The Whip, as well as headline sets by Madness, and Suggs is also hoping to set up some competitions of his own too.

He added: “I’m hoping to organise the knobbly knees competition and I’ve also got a sneaking suspicion I might win.

“Then there will be extreme apple dunking, which you have to see with your eyes. In fact we’ve got a whole lot of mad s**t.

“It’s a whole weekend of fun and frolics. We really have tried to create an event which brings together the old and new, if that’s not a contradiction in terms.”

Tickets for the House of Fun Weekender, held from November 25 to 27 at the town’s Butlins holiday camp, are on sale now.