LMFAO have teamed up with Paris Hilton for her comeback single, which she is preparing for release this summer. 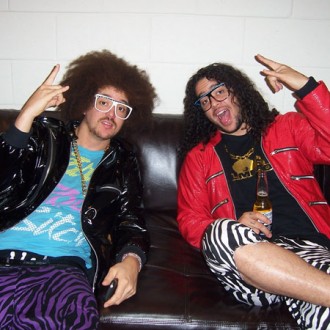 LMFAO have teamed up with Paris Hilton for her comeback single.

The ‘Party Rock Anthem’ duo – RedFoo and SkyBlu – have been working on a track with the socialite and singer, who claims she is creating a “whole new genre” for her second record.

“I have Afrojack executive-producing the entire album. So we’ve just been coming up with the most incredible tracks. I was just in the studio with RedFoo the other night, so we’re going to be doing my new single with LMFAO.”

The 30-year-old star released her debut, ‘Paris’, in 2006, which was met with a mixed critical response, but became fairly successful commercially.

While her pairing with LMFAO may seem an odd choice at first, she says she has long been friends with the self-proclaimed ‘Party Rockers’.

She added: “I’ve known them since I was a little girl. We grew up together because our parents are friends, so I’m just so proud of them and all their success and what they’ve done because they’ve just created this whole Party Rock brand and it’s just so awesome.”

Paris is preparing her second album for release this summer.