Linkin Park back in the studio

Linkin Park have ''been in the studio writing'' the follow up to 'A Thousand Suns' with Rick Rubin . 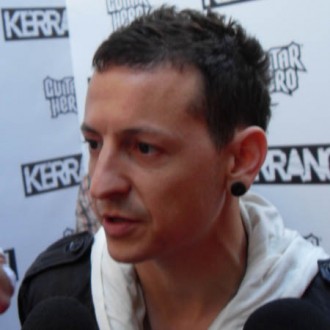 Linkin Park have started on the follow up to ‘A Thousand Suns’ with Rick Rubin.

The ‘Shadow of the Day’ group have “been in the studio writing” with the legendary producer, coming up with new ideas and revisiting material they started during sessions for their last album in 2010.

Rick told Billboard.com: “Typically we’ll have a once a week meeting to go listen to the songs that they’re coming up with and talk about them.

“For so early in the project, they are much further along than they have been on the last two albums we did. On ‘A Thousand Suns’ there were still a lot of irons in the fire.

“We knew, ‘OK, we can’t do this forever. Let’s leave this batch and we’ll come back and address it when we start up again.’”

Linkin Park recently headlined Download festival in the UK, although their set did not feature any new material.

Rick also added he has recently met with Metallica drummer Lars Ulrich and is hoping to start going through some ides they have written, in preparation for their return to the studio.

He added: “Usually I’ll hear something that will sort of indicate the direction and then we’ll talk about it from there.”