Limp Bizkit have been dropped from their record label, Interscope, after low sales of comeback album 'Gold Cobra'. 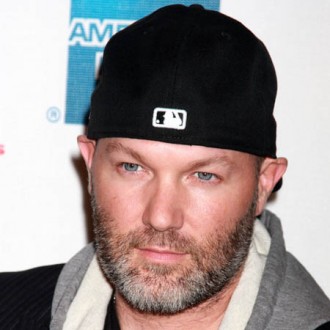 Limp Bizkit have been dropped by their record label.

The reformed Nu-metal band were let go from Interscope records after poor sales of their comeback album, ‘Gold Cobra’, although frontman Fred Durst said the group are glad to now be independent.

He told radio show Poolside With Dean Delray: “One of the things with ‘Gold Cobra’ was it was a record for us to do for ourselves, for the core fans, for some of the people that we know in the industry.

“It wasn’t our step forward to make a big pop, smash radio record. We just didn’t want to make that record at that time. We have been working for a while now to re-navigate where we are going to take Limp Bizkit and finally we have been able to get off our label and become independent.”

Fred added the band – playing with their original line up for the first time since 2001 – will now concentrate on performing live, and admitted making records “got in the way” of their original intentions.

He said: “We just want to go play a concert and crush it and turn it into a big-ass party. The record thing sort of kind of always got in our way, but its part of the game and we love writing music and it happened that we had some songs that became popular and we never thought that would happen. So with this way, we can still go tour.

“So I’m waiting until we can really give them something they can sink their teeth into and then they can be reminded about how ill Limp Bizkit is live”.