Lily Allen admits she has not heard about the possibility of an Amy Winehouse tribute concert but would be ''honoured'' to appear. 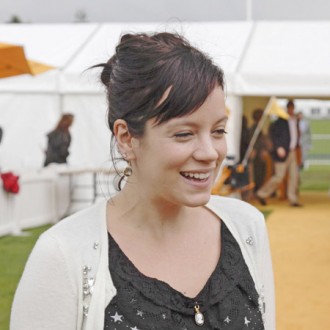 Lily Allen would be “honoured” to play at an Amy Winehouse tribute concert.

The ‘Smile’ hitmaker – who has retired from the music business and is concentrating on raising her two-month-old baby Ethel with her husband, Sam, in Gloucestershire – would be keen to take part in the show, which is being set up by the late singer’s father Mitch.

Respond to a tweet about the possibility of her coming out of retirement for the gig, she said: “wow, first I’ve heard of it . Would be honoured though.(sic)”

Singers including her close friend Mark Ronson and Florence Welch are also in line to appear at the concert, which would raise funds for the Amy Winehouse Foundation, set up by Mitch to help young people in distress.

A source said recently: “Mitch first mentioned hosting a concert last summer but now the wheels are in motion. Florence, Lily Allen, Jessie J and Mark Ronson are being linked to the gig, but nothing is set in stone yet.”

Mitch is also believed to be in talks with Amy’s former local authority in Camden about the possibility of erecting a statue in her honour.