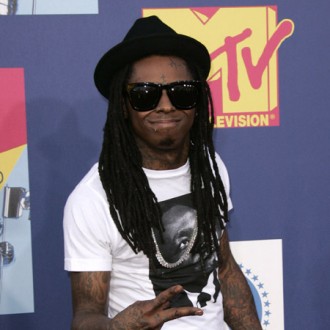 The ‘A Milli’ rapper is set to release his long awaited ‘Tha Carter IV’ album this year, and plans to capitalise on it as much as possible, hoping to reach his huge target after tax has been deducted.

Although there are no recorded figures of Lil Wayne’s net worth, it is believed to be between $50 and $100 million, while his Cash Money record company boss, Bryan ‘Birdman’ Williams, was recently named the joint fourth richest person in hip-hop, with a net worth of around $100 million by Forbes magazine.

Despite his riches and fame, Wayne says his wild personality has not changed, and his mother would be the first to confront him if he did.

He added: “I’m not the same as other people. I don’t think the same. I don’t do the same things. I just feel out of this world sometimes.

“My family and my friends-they keep me grounded. Especially my mom, because she would kick my ass if I was to change.”