Liam Gallagher says he is singing ''better'' in his new band Beady Eye than he ever did as frontman of Oasis. 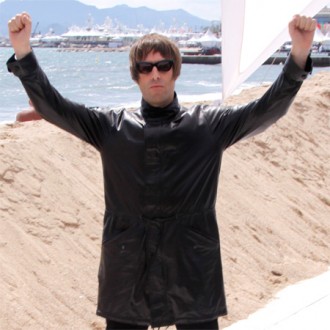 Liam Gallagher says he is singing “better” in Beady Eye than he did in Oasis.

The 38-year-old rocker is confident about his new band’s upcoming debut album ‘Different Gear, Still Speeding’ and believes his vocal delivery has peaked during the time since Oasis split last summer.

He said: “I feel good man, I’m confident. It’s a good album, good tunes, I’m singing great, it’s good. Obviously I’m singing and I’m not singing any different than I was in Oasis, although I like to think I’m singing a bit better than that, because I’ve had a bit of time off.”

The ‘Bring the Light’ singer also believes he and the group’s other members, Gem Archer, Andy Bell and Chris Sharrock, have been creatively reinvigorated since breakup of Oasis.

Liam – who created Beady Eye from the ashes of the ‘Supersonic’ rockers after his brother Noel Gallagher quit following a pre-concert bust-up in August 2009 – added: “It’s just rock ‘n’ roll man, Beatles and The Stones, you know what I mean? We’ve not gone dubstep or anything.

“Obviously it will get compared to Oasis and I don’t mind that. I think we’ve got a lot of energy back, a lot of energy that we might have lost in the later days of Oasis, you know what I mean? The music is light on its feet and we’re stomping a bit.”