Leona Lewis wants to get back to the top of the US charts by making a track with fellow British singer Adele. 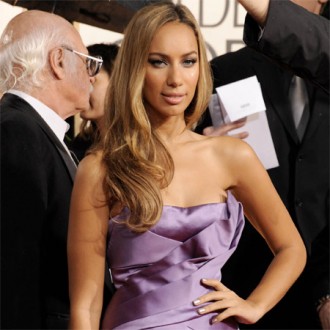 Leona Lewis wants to get back to the top of the US charts by duetting with Adele.

The British singer – who got to number one in the US singles chart with ‘Bleeding Love’ four years ago – wants to raise her profile stateside by collaborating with the ‘Someone Like You’ hitmaker.

She told Metro newspaper: “They’ve invited me to perform on US ‘X Factor’, so that will be exciting.

“What came into my head was a duet with Adele. I think she is incredible. I met her a little while ago. We did ‘VH1 Divas’ together and I just think she’s awesome. She’s done so well and her music speaks for itself. That’s what it is – just talent.”

The 26-year-old beauty has been working on her next album which she says promises a “different sound”.

She said: “I’ve been working in Europe and the US with new producers. It’s fresh and it’s all coming together with a different sound.”

Meanwhile, Adele has turned down a reported £500,000 to appear at three summer shows in London so she can instead hang out with her friends, as she doesn’t want her whole life to be spent working.

The told Q magazine: “I’ve been doing this since I was 18 and if I do it how I could do it, if I worked my a**e off for ten years, I’d miss my whole twenties.

“I think that’s where my insecurities have been coming in. What if I come out the other end and I dunno who I am? It’d be horrible.

“You’ve got to build up relationships. I’m at a point where I’m making my friends for life. I don’t wanna forget how to be normal.”

The ‘Rolling in the Deep’ singer added she is not “money-driven”, and would be just as happy without a big bank balance.

She added: “I like things now I’ve got it but I’d still be alive and healthy and a good person if I didn’t have money.”