Leona Lewis finds it ''insulting'' how sexy pop stars present themselves to young girls, and wants to give them a more positive image. 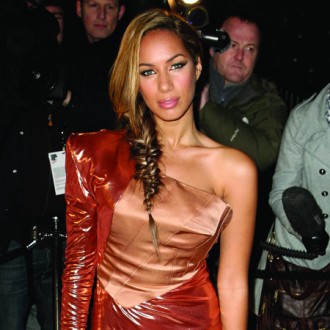 The ‘Collide’ hitmaker wants to have a sexy image, but wants to go about it in the right way and be seen as a positive role model for youngsters.

She told Stylist magazine: “Personally, I think some people go too far. I don’t really like to see people dancing around a pole or gyrating on a guy every time I go to a concert.

“I just don’t think there is any need for it. I’d rather be something positive, especially to young girls. It’s not something I want to represent and I find it a bit insulting as a woman. There’s a way to be sexy that’s not too in your face. ”

Pop stars who have famously raunchy live shows include Britney Spears – who brings a man on stage and lap dances for him on her Femme Fatale tour – Madonna, who has worn many racy outfits for her shows and Katy Perry, whose live show is filled with double entendres.

Leona, 26, has also previously said she won’t ever strip off for sexy photo shoots, and is happy with her body the way it is.

She said: “I would never do a bikini shoot. It’s too embarrassing. No weird sex books for me either. I watch what I eat and I eat really healthily most of the time, but other times, I’ll just eat what I want. I’m happy with my figure.”

Leona’s single ‘Collide’ is out now.