Lady Gaga has revealed she will make her directorial debut alongside Laurieann Gibson on the music video for her next single 'Judas'. 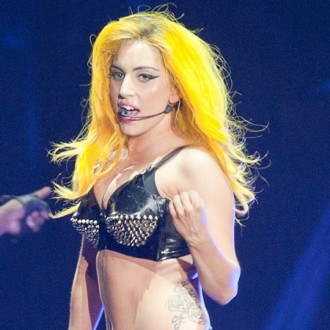 Lady Gaga will direct the video for her next single ‘Judas’.

The chart topper will be making her directorial debut working alongside choreographer and creative director Laurieann Gibson, who has previously worked with stars such as Katy Perry, Nicki Minaj and Alicia Keys.

While being interview for [email protected] Presents: Google Goes Gaga, she said: “I’m very excited. Actually, I can exclusively reveal here at Google that I will be making my directorial debut with Laurieann Gibson, directing this video with her ourselves.”

The ‘Born This Way’ singer explained the new video will live up to its biblical-inspired name with religious imagery.

She said: “It’s no surprise, I’m sure, to many of you, that Judas is a man of the biblical senses, so expect to see some symbolism in this video.”

Fans were also given of a taste of what’s to come when Gaga revealed some of the song’s lyrics.

She recited: “When he comes to me, I am ready/ I’ll wash his feet with my hair if he needs/ Forgive him when his tongue lies through his brain/ Even after three times, he betrays me/ I’ll bring him down, a king with no crown.”

The 24-year-old pop star has revealed the song is about forgiving herself for her sins and she describes it as a “pop priest” record.

She explained: “You have to look into what is haunting you and you need to look into forgiving yourself in order to move on.

“And it’s really fun to dance to and sounds like it could be a pop priest record.”