Lady Gaga will not release a ''deluxe'' version of 'Born This Way' because she hates the word, although she has previously sold a bonus edition of her second album 'The Fame Monster'. 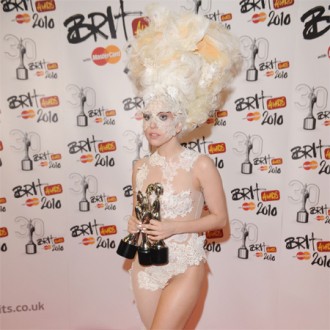 Lady Gaga will not release a “deluxe” version of new album ‘Born This Way’.

Despite releasing a bonus edition of her second album ‘The Fame Monster’, the pop star now claims to hate the word and has insisted she won’t have it on any of her future works.

Discussing her new LP she told a colleague: “I don’t want to use the word deluxe on the album I hate that word.”

When her companion added, “It infers that the other one is of lesser value,” Gaga agreed, saying “right”.

The 25-year-old pop star revealed she has finally finished her eagerly awaited third album after putting in a marathon 72-hour final stint at it and couldn’t wait to celebrate by cuddling with her “beautiful mother”.

She revealed in her Gagavision video: “I have been up for 72 hours finishing this album and I finally finished the record. I love it so much and I now have a show and then I’m going to take two days off in NYC to cuddle in bed with my beautiful mother. I may get drunk with my friends too.”

Gaga is getting ready to release her second single ‘Judas’ from the LP and says she did all the artwork herself.

She explained: “I graphic designed the ‘Judas’ single cover myself, in Word, and photographed the image with my cellphone for texture.”