Lady Gaga has promised her new record, 'Born This Way', will be the ''greatest album of this decade''. 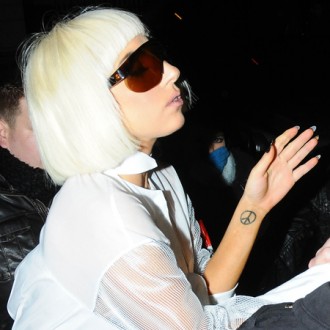 Lady Gaga has promised her new record will be the “greatest album of this decade”.

The eccentric singer will release ‘Born This Way’ early next year and told fans at a concert on Poland they won’t be disappointed with how it sounds.

She said: “I promise you, I’ll never let you down. And not for nothing: The album’s finished and it’s f***ing really good.

“So whatever this is, whatever you just did for all of us. I promise to give you the greatest album of this decade, just for you.”

Gaga says the album is “much deeper” than her last LP ‘The Fame Monster’ and is about “what keeps us up at night and what makes us afraid”.

As well as promising ‘Born This Way’ will be her most defining album so far, the 24-year-old star’s producer has previously describe it as “shocking”.

RedOne – who was behind Gaga’s biggest hits ‘Just Dance’, ‘Poker Face’ and ‘Bad Romance’, among others – claimed the new songs would go against people’s expectations.

“You never want to go too far from your brand – people love you for a reason. But we still want to give them something with a kick, something that makes them say, ‘Oh my God! We didn’t expect this!”