Lady Gaga and Usher sign up for charity performance

Lady Gaga, members of U2 and Usher will all perform at a charity fundraiser set up by Bill Clinton, which will be streamed for free around the world. 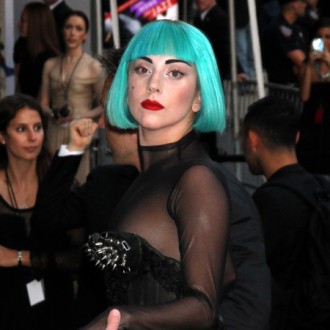 Lady Gaga, members of U2 and Usher will all perform at a charity fundraiser set up by Bill Clinton.

The former US president is holding a party at the Hollywood Bowl in California to raise money for his non-profit William J. Clinton Foundation, while a final list of performers is still being confirmed, ‘Bad Romance’ singer Gaga, singer Bono and guitarist The Edge of U2 and Usher have all been confirmed to appear.

The concert, titled ‘A Decade of Difference: A Concert Celebrating 10 Years of the William J. Clinton Foundation’ will be streamed for free round the world by search provider Yahoo.

Gaga has been a strong supporter of charities since her rise to fame, at one point giving up twitter to raise money as part of a fund raising drive for the Keep A Child Alive charity, and raising $250, 000 for earthquake and tsunami victims in Japan earlier this year by designing a wristband and selling it through her website.

Bono, meanwhile, has long been a campaigner on behalf of charities and in 2002 set up his ONE foundation, which fights poverty.

He said: “Eight million people die every year for the price of going out with your friends to the movies and buying an ice cream. Literally for about $30 a head per year, you could save 8 million lives.

The William J. Clinton Foundation has raised more than $10 billion for causes including HIV and AIDS treatment, economic empowerment, food aid and global health initiatives since it was set up.