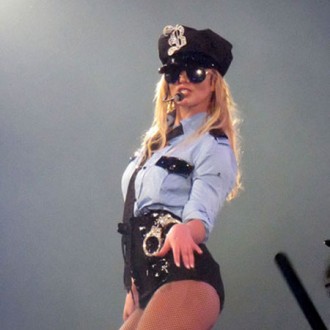 Several female singers will take part in a medley of the ‘Gimme More’ singer’s hits in a special celebration of her career at the ceremony, to be held on August 28 at Los Angeles’ Nokia Theatre.

TV producer Johnathan Woodbeck tweeted: “If this lineup is legit (which I’m told it is) the tribute to Britney at the VMAs is gonna be insanely EPIC!”

According to reports, the tribute will see Selena Gomez performing ‘Baby One More Time’, Katy Perry singing ‘Oops! I Did It Again’ followed by Janet Jackson with ‘I’m A Slave 4 U’.

Demi Lovato will then perform ‘Toxic’, Kesha and Nicki Minaj will join forces for ‘Gimme More’ and Lady Gaga will sing ‘Circus’.

Finally, Britney herself will take it to the stage for a mash-up rendition of ‘Hold It Against Me’/ ‘I Wanna Go’, before being presented with an award in recognition of her career’s achievements by Madonna.

Though the tribute has not been officially confirmed, Britney tweeted: “I heart @MTV. This one is definitely going to be a night to remember.”

The last time a similar tribute took place was for Michael Jackson, after his death from acute Propofol intoxication in June 2009.

A source told the Daily Mirror newspaper: “The last person who was honoured like this was Michael Jackson, and that was when he had just died.

“Still, it’s great to see there is enthusiasm over Britney.”