Lady Gaga, Backstreet Boys, and Katy Perry songs are all included on a list of 100 tracks banned in China. 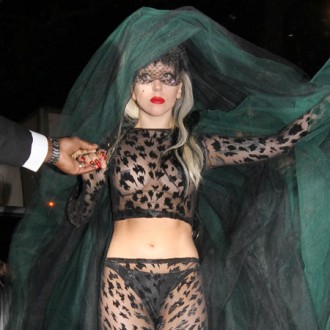 Lady Gaga, Backstreet Boys, and Katy Perry songs have all been banned in China.

The Asian country’s ministry of culture has deemed 100 tracks by artists unsuitable for its citizens telling websites selling and streaming them both legally and illegally to remove them before September 15 or face prosecution.

The ministry follows guidelines to ensure tracks are not in “poor taste and vulgar content,” and claims the songs on its latest list have not been submitted for approval, which has to be done by the song’s writer themselves.

While most of the songs are by artists from Taiwan and Honk Kong, six of Lady Gaga’s tracks have been banned: ‘The Edge of Glory’, ‘Hair’, ‘Marry the Night’, ‘Americano’, ‘Judas’ and ‘Bloody Mary’.

Katy Perry’s ‘Last Friday Night (T.G.I.F)’ has been banned, most likely for its lyrical content, which includes describing drinking alcohol, running naked and a “menage a trois”.

Similarly Beyonce’s banned ‘Run the World (Girls)’, is likely banned due to the implied profanity in the line: “We run this mutha”.

Other axed songs, such as Backstreet Boys’ ‘I Want it That Way’ and Britney Spears’s ‘Burning Up’ remain a mystery, as they have no apparent or implied subversive meaning.

Eminem, Christina Aguilera and Kylie Minogue have previously had their songs banned by the ministry, and concerts by Bob Dylan and The Rolling Stones have had to exclude certain numbers the ministry does not deem suitable for the Chinese public.