Kylie Minogue closed the UK leg of her 'Aphrodite: Les Folies' tour with an incredible concert at London's The O2 last night (12.04.11), which included classic hits such as 'I Should Be So Lucky', 'Can't Get You Out of my Head' and 'What Do I Have To Do?'. 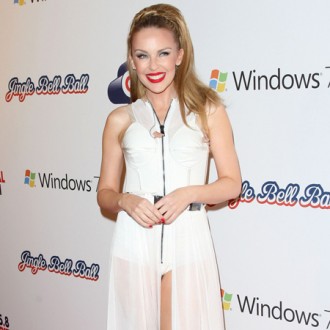 Kylie Minogue closed the UK leg of her ‘Aphrodite: Les Folies’ tour with a stunning show at London’s The O2 last night (12.04.11).

The 42-year-old singer wowed fans with a dazzling concert at the world renowned venue as she performed songs from her latest album ‘Aphrodite’ as well as classic hits such as ‘I Should Be So Lucky’, ‘Can’t Get You Out of my Head’ and ‘What Do I Have To Do?’.

The Australian beauty finished her performance with a stunning rendition of ‘All The Lovers’, which included a spinning fountain and spectacular water show.

Before Kylie took to the stage, fans were treated to a performance by her support act, The Ultra Girls – the first time she has had a warm up act for seven years.

Lucy, Laura, Amy and Lauren impressed with their energetic performance and catchy songs and their first single, ‘Girls Will Be Girls’ is out on April 18.