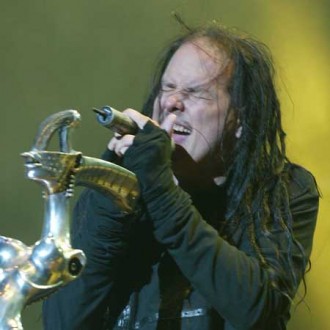 Korn’s Jonathan Davis wishes he could still do drugs.

The lead singer with the ‘Blind’ nu-metal band admits he found it hard to detox from alcohol and drugs, but while he would like to be able to take them casually, his children – Nathan, Pirate and Zeppelin – act as a deterrent.

He told website fasterlouder.com.au: “If I could do drugs every once in a little while, I’d do the f**k out of them.

“But I know if I did, I would be dead and I want to be with my children. It’s a deterrent.

“I detoxed for over a year, because I drank so much and did so many drugs.”

Jonathan,39, claims he never meant to become a role model for other people, and that he rarely socialises with other people.

He said: “I don’t really like people. Being a role model isn’t something I asked for.

“I don’t go and hang out with new people, it just doesn’t work, people always have some kind of agenda, so I pretty much keep to myself.”

The star also said his path into drug addiction was sparked by his rock star status, but he has now come full circle.

He said: “I got going with this rock star life and I thought it was something I had to do to be a rock star. That’s what really started me and then it became a problem – I needed them to keep going. I needed to write good songs and once I got on them, I was ten times better. I used it as a crutch.”