KISS believe their upcoming 20th album, 'Monster', is the best they have created in a long time and are ''very proud'' of how it is sounding. 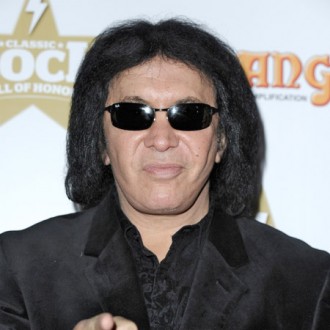 KISS think ‘Monster’ is the best album they’ve created in a long time.

Guitarist Paul Stanley says the rockers are “very proud” of their first album in three years, which they are finishing this week and the band are “really excited” about its release.

Paul said: “We are about two days from being finished with this album – It’s almost done and it’s awesome. It is by far the best thing we’ve done in I don’t know how long.

“Have I ever said that before? Yeah. Was I right? Yeah. I’m right this time again. Truly, the album kicks major ass and we’re very, very proud of it.”

Guitarist Tommy Thayer added: “You’re gonna be as excited as we are, ’cause we’re really excited. And we’re not just saying that. This is great stuff. It’s amazing.”

Paul recently admitted ‘Monster’ – the band’s 20th album, due to be released in the spring – was “much easier” to do than their last record, 2009s ‘Sonic Boom’, because they have properly re-established themselves after taking a ten year break after 1998’s ‘Psycho Circus’.

He explained: “‘Sonic Boom’ was a pivotal album in the sense that we were aware of who we were as a performing band, but we had to re-establish who we are as a recording band. That being done, this is much easier and that much more self-assured.”

Bassist Gene Simmons added: “This new record feels heavier than ‘Sonic Boom’. It feels like it’s a connection between ‘Destroyer’ and ‘Revenge’.”