Kenny Thomas needed to step away from fame

Singer Kenny Thomas says stepping out of the spotlight was important as it has helped him to stay creative. 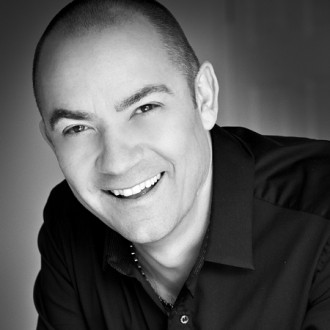 Kenny Thomas thinks stepping out of the spotlight helped him stay creative.

The singer had huge pop success in the 1990s with singles such as ‘Thinking About Your Love’, and while he never stopped making music, he thinks it was important that his career went more low-key.

“I enjoyed stepping out of the spotlight and the rollercoaster of fame I enjoyed from 1990 – ’95. I felt I needed to connect with music and the fans in a slightly different way, a more mature way where you can really develop what you’re about

“It’s impossible to be on that rollercoaster of fame and to really be consistent creatively with music with albums. That’s why I stepped away from my former record label, primarily because I could see that they were beginning to push me in a direction that I didn’t want to go, and I came away from that and I suppose the end result of that is that I’m a more mature artist now. I feel that my singing and songwriting are better than they’ve ever been.”

Kenny is particularly pleased that as well as keeping his old fan base, he continues to attract new devotees to his music.

He exclusively told BANG Showbiz: “There are people who are discovering me for the first time and others who’ve been along for the whole journey. If someone 43 years old can make a record and a new generation of fans love it then it shows me that soul music doesn’t have any boundaries, it doesn’t have any barriers, not in any sense, not geographically, not racially and certainly not age-wise it can, in a way, transcend all of that because it connects with the heart and that’s where real music comes from.”

Kenny’s album ‘Breathe’ is out now.