Kelly Rowland says she inspired Usher to go for a more dance-inspired sound to his music after she became one of the first R 'n' B stars of her era to experiment with the genre. 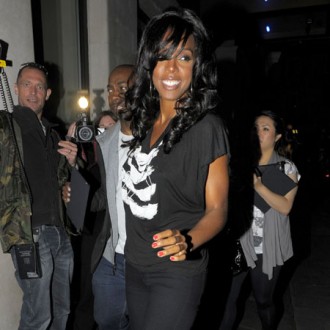 The former Destiny’s Child singer gave up R ‘n’ B to pursue a different direction two years ago, and said at the time her peers were unsure whether it would work.

She said: “No one like me was doing dance music back then. Producers only knew me in an R ‘n’ B capacity. I played Usher a song and he said, ‘That record is crazy’ but I was like, ‘You should try dance’.”

Usher later took more of a dancefloor friendly approach with the track ‘OMG’, which was produced by Black Eyed Peas star will.i.am, who collaborated with DJ David Guetta for his band’s huge track ‘I Gotta Feeling’.

David had got in touch with will.i.am after working with Kelly’s on her breakthrough solo single ‘Love Takes Over’, which was one of the first dance/R ‘n’ B crossover tracks to become a huge pop hit.

Her solo success means the ‘Commander’ singer now has fewer doubts about her own opinions.

She added: “I’m not afraid to make decisions now. I used to worry and gave everybody else the credit.”

Kelly’s as-yet-untitled third solo album will be released next year.