Kelly Rowland knew she had made it as a performer when she first sung at the Grammy Awards. 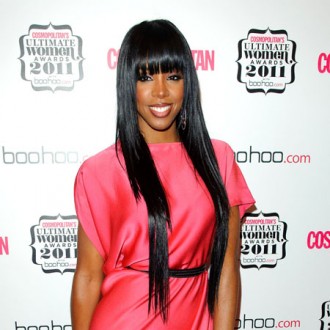 Kelly Rowland knew she had made it when she performed at the Grammy Awards.

The ‘Down for Whatever’ singer shot to fame in Destiny’s Child with Beyonce Knowles and Michelle Williams and described meeting her idol Whitney Houston and singing at the Grammys as the moment she knew she had “really arrived”.

She wrote on blog makingabreakforit.tumblr.com: “It was firstly meeting Whitney and secondly performing on the Grammy’s for the first time. You feel like you’ve really arrived in that moment because you’re performing in front of your peers and these are the people that actually vote for you to get a Grammy Award. I respect the Grammys so much.

Kelly believes it is a difficult time for up-and-coming performers, but advises potential stars to constantly perform and “self-promote”.

She said: “I think there are new ways to invest in new talent. I’m investing in myself. There used to be a time when record labels would shoot so many different videos and have more of a budget but it is all stripped down now. But when you believe in something you put money behind it.

“Definitely self promote, find places to perform and get out there. Perform everywhere. And YouTube – I constantly go on to YouTube to

find new things and ideas, it’s such a great inspiration.”

The makingabreakforit blog is run by the team behind The December Sessions at The O2 in London, which sees over 100 acts playing at a stage in the venue’s London Piazza for free this month.