Kelly Clarkson believes TV talent shows, such as 'American Idol', on which she got her break, encourage ''artist development''. 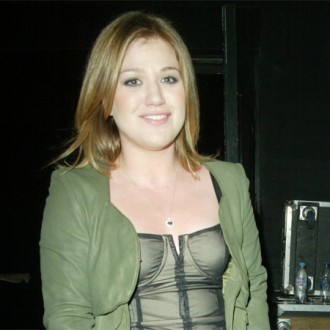 The ‘Mr. Know It All’ hitmaker, who won ‘American Idol’ in 2002, believes it is tougher for singers to crack the music industry in a traditional way, but by going on shows such as ‘The X Factor’ they are given the opportunity to learn a lot in a short space of time.

She told BANG Showbiz: “There’s no money in music now, so if an artist comes in and they don’t hit it right away then that’s it. So, there’s not really artist development in that.

“But with talent shows, whether it be ‘X-Factor’, ‘American Idol’ or ‘Pop Idol’ or ‘The Voice’, you’re learning from the judges, and the mentors and yourself every week, so I think it’s just another form of artist development, in a contemporary way.”

The 29-year-old singer thinks people need to accept singers and groups from talent shows dominating charts worldwide because it is tougher for record labels due to the rise of the internet.

She added: “I don’t know if it’s a good or a bad thing that these artists are in the charts a lot.

“I think it’s just the way it is right now. Everybody’s struggling because of the internet, downloading and nobody’s making as much money as they used to so I think artists development at labels has really just diminished.”