Kele Okereke was stunned to see his Bloc Party bandmates enter a rehearsal studio without him and he has no idea if he is still a member of the band. 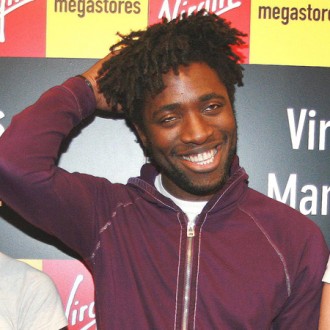 Kele Okereke doesn’t know if he has been thrown out of Bloc Party.

The New York-based singer was astonished recently when he saw his bandmates entering a rehearsal studio without him, and has no idea whether the rest of the group are ending their two-year hiatus without telling him or working on something else.

Kele said: “I was eating lunch outside a cafeabout three weeks ago and I saw somebody walk past and recognised the haircut. It was Russell [Lissack] but he had headphones on and was carrying a guitar.

“I was like, ‘Hey’ but he didn’t see me and I followed him around the corner then I saw Matt [Tong] and Gordon [Moakes] and Russell all standing outside this rehearsal space and they were all carrying their instruments.

“They all went inside so I think something is going on, but I’ve got no idea what. I hope I haven’t been fired. I don’t really know what’s going on, because we haven’t really spoken recently and I’m a bit scared to ask.

“I took a photo of them because I couldn’t really believe it and then I put it on my blog. They haven’t said anything to me and I have absolutely no idea what’s going on right now.”

The singer admits he isn’t sure if he now wants to return to the band, admitting the feeling is “strange”.

Asked abut returning to the band, he told NME magazine: “That’s the question for the four of us really. But it’s a very strange time right now.”