Alice Cooper used to hide from his Hollywood Vampires drinking buddy Keith Moon, because he couldn't handle how hard he partied. 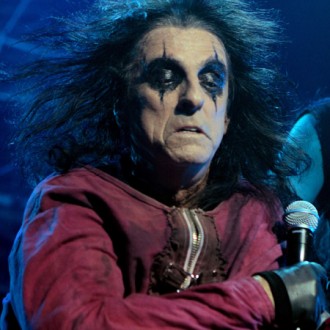 Alice Cooper used to hide from Keith Moon because he couldn’t handle how hard he partied.

The ‘School’s Out’ rocker used to be a member of a drinking club called the Hollywood Vampires, which saw him joined by John Lennon, Ringo Starr and The Who drummer Keith, whom he said was like a “battery who never ran out” when it came to partying.

He explained: “There was only one rule at our club. Out-drink the other members and be the last man standing – which wasn’t easy with Keith Moon around.

“Those guys could drink. When you party with Keith Moon your body really knows about it – one time he stayed with me for a week, and I literally wasn’t allowed to sleep for seven days.

“Keith was like a battery that never ran out. It got to the stage with Keith where I’d hear he was in town and hide somewhere because I couldn’t face another bender.

“That was the pace in Los Angeles at the time with all those guys.”

The ‘Poison’ rocker feels lucky that he saw the damage all his partying was doing to his body and eventually quit – tackling his alcoholism in 1979 by stopping drinking and taking up golf – enabling him to escape an early death.

He added: “I watched on as my friends, one at a time, died as a result of it. I started to realise that either I had to stop eventually, or I would die. It was as simple as that.

“I was trying to keep up with people like Jim Morrison, who was like a professional drinker, along with Janis Joplin and Jimi Hendrix, and I suddenly realised that each one of them collapsed and went down at 27.

“Your body just cannot keep up with that lifestyle. Those of us who survived were the slightly younger generation, who were lucky enough to work out what was going on. People like me and Steven Tyler from Aerosmith who are still working now, because we stopped just in time.”