Katy Perry has been writing lyrics about her split from husband Russell Brand last month for her next album. 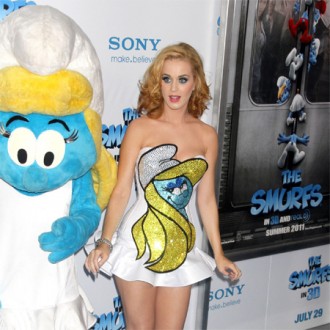 Katy Perry has been writing about her split from husband Russell Brand for her next album.

The ‘Firework’ hitmaker split from the British comedian after 14 months of marriage at the end of December, and has been channelling her heartbreak into lyrics for new tracks for her third album.

A source told The Sun newspaper: “Ever since problems started to emerge, she penned her thoughts in a diary which she goes back to, to draw upon for lyrics for her songs.

“She has always said that writing is almost a form of therapy for her and she would often be found in her dressing room on tour writing in her diary.

“She spent a lot of time in Hawaii over Christmas writing lyrics to two of her latest tracks.”

Russell filed for divorce from Katy citing “irreconcilable differences” last week, and she has reportedly been comforted by her friend and fellow pop singer Rihanna in the wake of the split.

Katy has written about her ex-boyfriends in song before, with her track ‘Circle the Drain’ referring to being her ex, Gym Glass Heroes frontman Travis McCoy’s alleged drug abuse.

A previously unreleased demo of a track called ‘Bullet’, which Katy wrote in 2009 – the year she met Russell – has also surfaced, which features the lyric “My momma warned me ’bout boys like you / It’s the reason I wear these steel-toed boots.”