Katy Perry wrote the song 'Firework' to inspire people to stand up to their bullies and encourage them to be the best version of themselves. 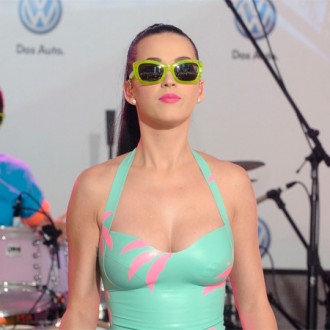 Katy Perry thinks everyone can be a firework.

The pop star has released an empowering video to accompany her new single ‘Firework’, featuring real people standing up to their detractors and she said the song is about people “being the best version” of themselves.

Katy said: “I think that’s why I wrote it, is because I really believe in people and I believe that people have a spark to be a firework. It’s just up to them, and a lot of times it’s only us that’s standing in the way of reaching our goals, fulfilling our destinies, being the best version of who we possibly can be, so that’s why I wrote it.”

Director Dave Meyers said he connected with the meaning of the song and wanted to make a video about what it means to be the “underdog”.

He explained to MTV.com: “I connected with the song. I felt ‘Firework’ was very personal, and I was very drawn to that. We wanted to articulate the meaning of that song: what it means to be an underdog and have the courage, if you’re on the outskirts of society, to be your own person.”

Dave also praised the actors’ commitment to making the video, explaining that one girl shaved her head for the role.

He said: “The girl in the video isn’t actually a sick girl, but we got her to shave her head, and, if you’re an 11 year old, that’s a massive commitment. The people’s commitment to it was really beautiful.”