Katie Melua has admitted to having ''a bit of a breakdown'' after her latest album 'The House' was released last year, and postponed her tour because she needed to ''cool off a bit''. 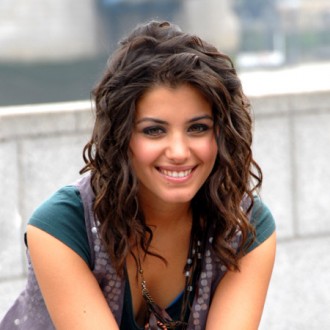 Katie Melua had “a bit of a breakdown” before her tour was postponed.

The ‘Closest Thing to Crazy’ singer was originally set to perform around the world after her fourth album ‘The House’ was released in May last year but cancelled, telling fans she was suffering from exhaustion.

Now the Georgian-born beauty will play dates in Germany, Portugal, Spain, France and the UK and admitted she needed the rest because she had been working non-stop since she released her first album ‘Call Off the Search’ in 2003.

She said: “I had a bit of breakdown. Last year was time to cool off a bit. I think what happened was a culmination of everything that’s gone on over the past seven years. Pretty much.”

Although she is glad to start touring the album, Katie can’t wait for the tour to be over because it has been looming over her for so long.

She explained: “At the moment, I just want to get the tour done. I really felt like I had to do this. It’s a testament to myself to get it over and done with because it was so harrowing having to postpone the gigs last year.”

Now the 26-year-old is back on the road she has learned to treat her music less seriously so she can “enjoy” herself more.

She told the Liverpool Daily Post: “I need to realise it’s just a job, and it doesn’t have to eat you alive. Yes, it’s a great position to be in, but it doesn’t mean you have to drive yourself crazy with hard work. I need to just enjoy it a bit more.”

However, despite taking a more relaxed approach to her career, she will never think of doing anything else.

She added: “M y perceptions have changed, but I can’t think of doing anything else. Music and performing is everything I am, I love it.”