Kasabian's fourth record will be ''cheeky'' and one of the tracks will sound ''a bit like the Jackson 5''. 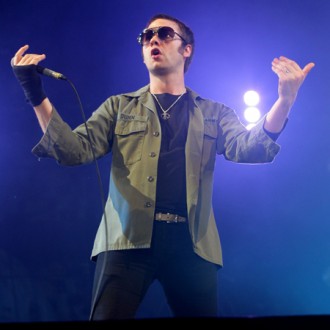 Kasabian’s new record will be “cheeky” and “a bit like the Jackson 5”.

The ‘Vlad the Impaler’ rock group are preparing to record their fourth album, and singer Tom Meighan promises it will have a strong sense of melody – with one track in particular moving their dance-rock sound in more of a disco direction.

He told Q Magazine: “There’s a lot of soul in it. It’s the most melodic record we’ve ever done. There’s all sorts of things on there. Dare I say there’s a tune which sounds a bit like the Jackson 5?”

The band’s main guitarist and songwriter, Serge Pizzorno, added he reckons the band will take fans by surprise with how different some of genre-hopping new tracks sound.

He said: “There’s going to be a couple of things on the album that, like ‘Emotional Rescue’ by the Rolling Stones, are just something that’s just a bit cheeky.

“It won’t sound old or disco or anything, it’ll just be really f***ing cheeky, so people go, ‘what the f**k’s going on here? I wasn’t expecting that.’”

Kasabian’s fourth album will be released in late 2011.