Kasabian are glad they have made people who labeled them 'Lad Rock' look ''silly'' by being experimental with their last two albums. 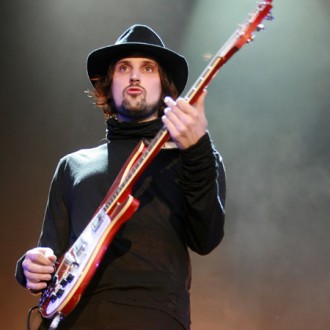 Kasabian are glad they have made people who labeled them ‘Lad Rock’ look “silly”.

The ‘Switchblade Smiles’ group were given the tag of being a raucous dumb rock band when they first appeared, but feel with their last album ‘West Pauper Ryder Lunatic Asylum’ and latest effort ‘Velociraptor!’ they have proved their detractors wrong.

Guitarist Serge Pizzorno said: “In some ways it’s helped because people put you in a box and then when you don’t fit in that box anymore it confuses the hell out of them.

“If you do go wild, people say ‘Wow, I wasn’t expecting those boys to do anything like that’. What’s great about the last record was that all the people that said it was lad rock looked silly.

“And I think finally people are going, ‘OK, I got it wrong.’”

Serge also thought after becoming a father people expected him to settle into writing softer tracks.

He added: “Having a baby balanced everything out. Before he came I didn’t know what was going to happen and I’m sure everyone thought it was lullaby album time, that we’d go really acoustic, but it didn’t really work out that way.”

Instead, the sleep deprivation which comes from looking after a newborn inspired Serge to create more “psychedelic” passages.

He added: “It was well psychedelic. I’d get up in the morning, listen back and go, ‘I don’t remember any of that.’ It was amazing because I was like, ‘This is great, who’s doing this?’”