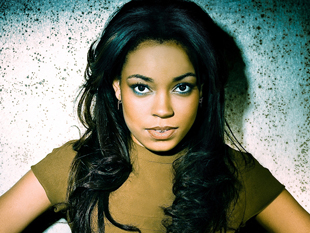 The ‘Yeah Right’ singer met the Canadian heartthrob at her record company offices, and was surprised he knew who she was, but glad of his words of advice.

She told BANG Showbiz: “There was a load of screaming girls outside, but I just said, ‘Hi, I’m Dionne,’ and he said ‘Hi, I know who you are!’ I was like, ‘Are you serious? OK, nice one,’

“He told me his motto, ‘Never Say Never’, and to stick with what I’m doing, and be true to myself. I wanted his advice because he’s only 17 and I was only 15 at the time, so he knows what it’s like being a child musician.”

Dionne also admitted she does find the ‘Baby’ singer attractive, but admitted it’s “wearing off” now he is dating Selena Gomez.

She added: “I do have ‘Bieber Fever’. I had it lots about a year ago, but it’s kind of wearing off right now, I think it’s because he’s got a girlfriend, if I’m honest.

Despite liking his music, Dionne, wouldn’t choose to sing tracks like the pop singer’s herself, as she models herself more on classical soul singers.

She added: “I can listen to it because it’s catchy, but I wouldn’t personally sing it. I prefer Aretha Franklin.”