Jon Fratelli's friends thought their speakers were broken when they heard his new record, 'Psycho Jukebox'. 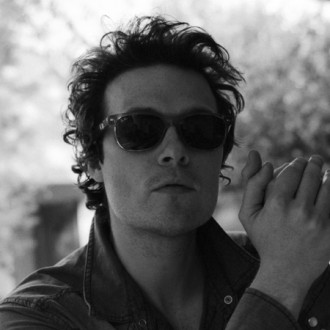 Jon Fratelli’s friends thought their speakers were broken when they heard his new record.

The ‘Santo Domingo’ singer tried to get away from the sound of modern rock records when recording his solo debut ‘Psycho Jukebox’, and while he’s happy with the results, some listeners were puzzled.

He explained to BANG Showbiz: “Sonically this record doesn’t sound like a modern rock record. There’s a lot of odd sounds on there. A couple of people I have given the record to wondered if their speakers were broken when they first played it.

“It’s not shiny. I think the thing about hip-hop records is they aren’t shiny, whereas a lot of rock records I just hear in passing have a general shininess which knocks all the life out of it.”

The rocker – previously vocalist and guitarist in ‘Chelsea Dagger’ hitmakers The Fratellis – said he owes much of his new sound to producer Tony Hoffer, who has previously recorded albums with Air, Beck and Depeche Mode.

He added: “And a lot of it was just to push things, silly things, like having the drummer play on a small, almost toy kit.

“Little things like that sound almost wrong, but all he’s done is gone the opposite way from shiny. Because it sounds kind of wrong I guess, and that’s what I love about it.”

Jon’s first solo single, ‘Santo Domingo’, is out now, while ‘Psycho Jukebox’ will follow in June.