Jon Bon Jovi feels like the ''Tom Cruise'' of rock 'n' roll, because his band have been hugely successful, but received few awards. 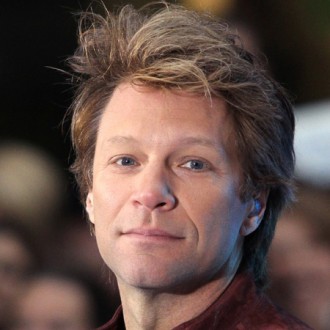 Jon Bon Jovi feels like the “Tom Cruise” of rock.

While the ‘You Give Love a Bad Name’ singer has sold over 120 million albums with Bon Jovi, the group have not received music industry awards to mat their phenomenal commercial success – the exact opposite of Jon’s sideline acting career.

He joked to the Edinburgh Evening News newspaper: “I’ve been critically acclaimed in most of my television and film work, but I didn’t sell any movie tickets, and with the band, it’s like Tom Cruise. I’ve had all the commercial success you could dream of, but hey, the guy still doesn’t have an Oscar. Whatcha gonna do?”

Jon also pondered whether his band truly get the respect they are due, adding: “Is longevity respect? Is coming home and having your family be proud of you respect?

“There are critics’ darlings. That I won’t be. I got that!”

Despite his philosophical musings, Jon insists the band’s main motivation for continuing to tour is to still have fun, so on their current The Circle shows they constantly swap their set list around.

He added: “The song list has changed every night. At The O2 in London last summer we played a month-long stint there and there was 72 different songs performed. With any luck I’ll outdo myself on this next run! It’s the final leg of the Circle tour, the longest tour we’ve done in almost two decades. What gets us on the road is still that it’s fun.”