John Walker, founding member of 'Make it Easy on Yourself ' group The Walker Brothers, has died. 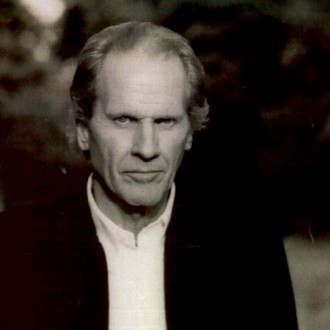 The ‘Make it Easy on Yourself’ singer, guitarist and songwriter passed away at his home in Los Angeles on Saturday (07.05.11) aged 67 after battling liver cancer.

A statement on his official website read: “It is with our deepest sadness to report that Mr. John Walker passed away in his Los Angeles area home on May 7.

“He was a beloved husband, brother, father, grandfather, friend, and artiste.”

John – who was born John Maus but had been using the name Walker since his teens – started the Walker brothers in 1964 , eventually settling on a line up which included Scott Engel and Gary Leeds, who also used the surname Walker for the group.

Gary paid tribute to his friend and bandmate, writing on his website: “It’s a very sad day for John’s family, myself and all of our many fans.

“John was the founder member of the group and lead singer in the early days. He was also a fantastic guitarist which a lot of people didn’t realise. He was a compassionate song-writer and a gentleman with lots of style.

“The three of us had the most incredible adventure together, all the time not realising that we were part of pop history in the making. His music will live on, and therefore so will John.”

Although the group were all American, they initially found success in the UK, with hits including ‘The Sun Ain’t Gonna Shine (Anymore)’ and ‘My Ship Is Coming In’, although their signature track ‘Make it Easy on Yourself ‘ was their biggest single, reaching number one in the UK, number 16 in the US and selling over a million copies globally.

After an initial run of hits between 1965 and 1967, internal tensions within the group saw them split in 1968. They reformed and recorded three albums in the 1970s which saw them achieve further success, but the three members of the group drifted apart by the end of the decade. The band are estimated to have sold 23 million albums in total.

John was working on a new album at the time of his diagnosis, and Scott also went on to have a successful solo career, while Gary took a step away from the music industry.