Led Zeppelin star John Paul Jones, Slash and the Rolling Stones were among the winners at the Marshall Classic Rock Roll Of Honour Awards last night (10.11.10). 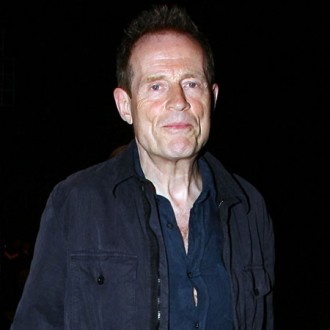 The bass player received the prestigious accolade at the annual event – which was hosted by Alice Cooper and Sarah Cawood at London’s Roundhouse venue – for his body of work and revealed during his acceptance speech his career could have gone in a very different direction if had taken his dad’s advice.

He said: “I went to my dad and said, ‘Dad I really want to play the bass guitar.’ He said, ‘It won’t be around in a couple of years, learn the saxophone then you’ll always be in work.’ So thanks for that dad.”

After collecting his statuette, Jones – who is also a member of rock super-group Them Crooked Vultures, along with Dave Grohl and Josh Homme – admitted he found it more nerve-wracking accepting his prize than playing live to thousands of people.

He told BANG Showbiz: “Things are alright if you’ve got a guitar in your hands or a bass, or you’re playing the piano. The hardest thing is actually being up there with only an award in your hand, stood there going, ‘Um, OK.’

“But it’s been good tonight I’ve been having my picture taken with lots of bass players which has been fun!”

Other winners included Slash who took home the Album Of The Year prize for his self-titled solo album, Black Sabbath bass player Geezer Butler was named Metal Guru and was presented with his gong by his bandmate Tony Iommi, while AC/DC were named Band Of The Year.

Ronnie Wood was on hand to collect the prize for Reissue Of The Year for the Rolling Stones’ classic album ‘Exile On Main St’.

He joked in his acceptance speech: “So this is another album I didn’t play on, there’s been a few of those so not to worry.

“But I was just with Mick [Jagger] and Charlie [Watts] this afternoon and they said to say thanks a lot – and why weren’t they invited? And I said, ‘Because you were on the album! There’s no point to these awards if you were actually on it.’

“But I have played these songs for the last 30 years and it’s about time that I collected one. So thanks a lot!”

Late Black Sabbath singer Ronnie James Dio – who passed away in May aged 67 from stomach cancer – was posthumously given the Tommy Vance Inspiration award.

It was collected by his widow Wendy who revealed she is trying to raise $10 million for a cancer charity in his honour.

Album Of The Year (sponsored by Mascot Label): Slash – ‘Slash’

Band Of The Year (sponsored by Live Nation): AC/DC

Reissue Of The Year (sponsored by Alchemy: Rolling Stones – ‘Exile On Main St.’

DVD/Film Of The Year (sponsored by Entertainment One: Oil City Confidential