John Lennon's lyrics to be auctioned

John Lennon's handwritten lyrics to the Beatles song 'Lucy in the Sky with Diamonds' are set to make £122,000 when they go up for auction. 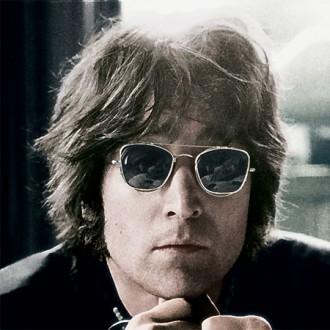 John Lennon’s handwritten lyrics to the Beatles song ‘Lucy in the Sky with Diamonds’ are set to make £122,000 at auction.

The lyric sheet features the song’s third verse and the opening lines of ‘She’s Leaving Home’ – another track from the group’s 1967 album ‘Sgt Pepper’s Lonely Hearts Club Band’ – and is tipped to make the huge amount when it goes under the hammer at a Profiles in History auction in Los Angeles next month.

Also included with the lyrics is a sketch of four people – believed to be the four members of the group, John, Sir Paul McCartney, George Harrison and Ringo Starr- in a room draped with curtains.

‘Lucy in the Sky with Diamonds’ is rumoured to have been written about the hallucinogenic drug LSD, although John has always denied the claims, saying it was inspired by his son, Julian, who drew a picture of his classmate Lucy calling her ‘Lucy in the Sky With Diamonds’.

John was assassinated in 1980 and survived by his wife Yoko Ono, their son Julian and Sean, his son from his first marriage.

When recently asked if she had ever thought about remarrying, Yoko, 78, said: “I’m one of those independent and cocky people. I don’t care if anybody’s around and I don’t want anybody around.”

The profiles in history auction takes place on May 14 and 15 in Beverly Hills.