JLS are learning how to play instruments for the next time they next go on tour, with JB taking up the piano, Marvin on drums and Oritse playing guitar. 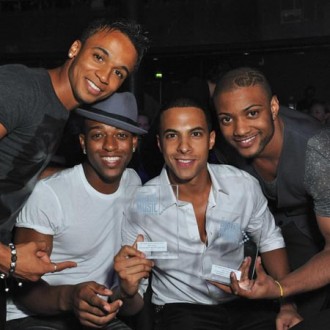 JLS are learning how to play instruments for the next time they next go on tour.

The ‘Love You More’ boy band have each vowed to practice piano, guitar and drums so they can have more input on their albums and give fans even more spectacular live shows.

Singer Jonathan ‘JB’ Gill said: “I used to play the piano and I’m going to take it up again. I feel like I’ve lost touch with it and I want to be able to play it on stage as well as on future albums.”

The group – which is completed by Marvin Humes, Oritse Williams and Aston Merrygold – said they have been inspired by elder boy band Take That, who had a section in their last stadium tour, ‘Circus’, where they played as a live band.

Marvin, 25, told the Daily Star newspaper: “We all want to play our own instruments. We want to take the band forward.

Marvin added: “Aston’s instrument is his dance moves – his back-flips.”

The closest the group have got to investing in instruments so far, however, is Jonathan buying Oritse a guitar case for Christmas last year – although there was no guitar inside.

JLS are presently travelling across the UK on their ‘Outta This World’ tour.