Jessie J has revealed she had to have a bone transplant after breaking her foot and still has no idea when the injury will be fully healed. 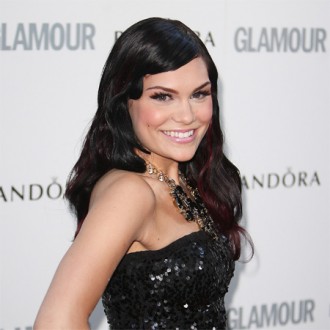 Jessie J had to have a bone transplant after breaking her foot.

The ‘Price Tag’ singer injured herself when she jumped off stage during a concert rehearsal in June and she has revealed the break was so bad she had to have major reconstructive surgery.

She said: “I’ve had to have full reconstruction. I’ve had my bone taken out and someone else’s put in. I hope they were a tap dancer.”

The 23-year-old pop star had to cancel almost all of her festival appearances – including slots at T in The Park, Oxegen and the iTunes Festival – and she still doesn’t know what the long-term health implications will be.

She added to The Sun newspaper: “I don’t know when it’s going to be fully healed, or if I will ever be able to wear heels again. I’ll have to get an endorsement deal with a trainer company.

“I have days where I sit and cry. It’s the hardest thing I’ve been through. I should have really spent the last three months at home but I couldn’t turn down the VMAs and Glastonbury. The doctor keeps telling me to rest.”

Jessie did ignore her doctor’s advice to appear at the MTV Video Music Awards and at the Glastonbury Festival and she is still scheduled to support Katy Perry on the last seven dates of her North American tour, but the ‘California Gurls’ singer has told her the foot needs to be “fixed”.

The ‘Do It Like a Dude’ hitmaker is also scheduled to perform at the upcoming MOBO Awards – at which she has been nominated for five accolades – and she is determined to make it on stage.

Jessie – who will battle it out with Adele in the Best UK Act, Best Album and Best Song categories – said: “It needs to be a hardcore, memorable performance.

“I like that nervous feeling of not knowing if I’ve won – otherwise I’ll have to do my pretend face when the camera cuts to me.”