Jay-Z talked to The Notorious B.I.G just before his death

Jay-Z has revealed he spoke with the fellow New York rapper The Notorious B.I.G an hour before he was gunned down in 1997. 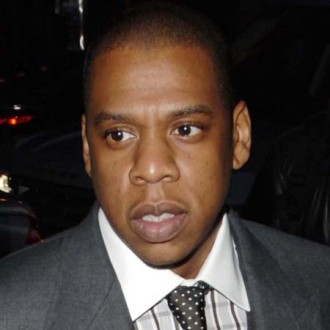 Jay-Z spoke with The Notorious B.I.G an hour before he was gunned down and killed.

The two New York rappers were friends in the early 90s and Jay revealed he talked on the phone with the ‘Mo Money Mo Problems’ rapper just hours before he was fatally shot in Los Angeles in 1997.

B.I.G – real name Christopher Wallace, but also known as Biggie or Biggie Smalls – was embroiled in a bitter war between rappers from the East and West coasts of the US at the time, which had started to spill over into gang related violence, and he is suspected of being gunned down by a gang member.

Speaking about Biggie at the launch of his new book, ‘Decoded’, at the New York Public Library, Jay said: “He wasn’t a troublemaker at all. He was just a funny, charismatic guy. For him to die so senselessly – I spoke to him that night, and he was so happy to be in Los Angeles, after the whole East Coast-West Coast thing.

“He felt like he finally was back in Los Angeles and everything was where it was supposed to be.

“He loved being in Los Angeles – and we see this happen in movies – when everything is just fine, and we hung up the phone, and one hour later, he’s no longer with us.”

‘Girls, Girls, Girls’ rapper Jay has also recently explained how one of the reasons he wrote

‘Decoded’ – a collection of autobiographical writing, pictures and heavily annotated lyrics- is to explain the messages his words convey plainly for people.

He told MTV: “A lot of people listen to music, but they don’t really listen to it. You may know the words and you may bop your head to it, but you don’t really understand what you’re singing.”