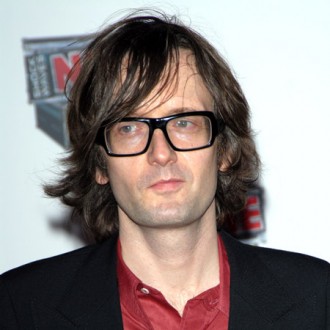 ‘Common People’ singer Jarvis appeared with the New York band to perform a version of The Cars’ ‘Just What I Needed’ toward the end of their performance at the festival.

Earlier in the night Pulp – who reformed last year to play a number of summer festivals – had also appeared, delivering a career spanning set including ‘Sorted for E’s and Wizz’, ‘Something Changed’ and ‘I Spy’.

Introducing the track, Jarvis said: “It’s Saturday, yeah, Saturday. So usually you would probably be at out at a disco, or something like that, and you’re missing out on that by being here.

The band then ended their set with their defining moment ‘Common People’, prompting a huge sing-a-long from the crowd.

The Strokes’ set included songs from all four of their albums, but leaned most heavily on their definitive 2001 debut ‘Is This It’, with them playing the title track, ‘New York City Cops’, ‘The Modern Age’ and ‘Someday’ among others.

The band hardly spoke with the crowd throughout the show, but singer Julian Casablancas introduced Jarvis on stage by saying: “Give it up for Pulp. And here he is, the Jarv, please welcome Mr Jarvis Cocker.”

The band ended their set with ‘Last Night’ ,’Hard to Explain’ and ‘Take It or Leave It’.

Madness, Seasick Steve and Everything Everything put in great sets but rockers Jane’s Addiciton had to pull out at the eleventh hour after lead singer Perry Farrell was taken ill.

The festivals end tonight (28.07.11) with Muse headlining Reading while Pulp and the Strokes head to Leeds.