It's a big day for Stevie Nicks and Janet Jackson 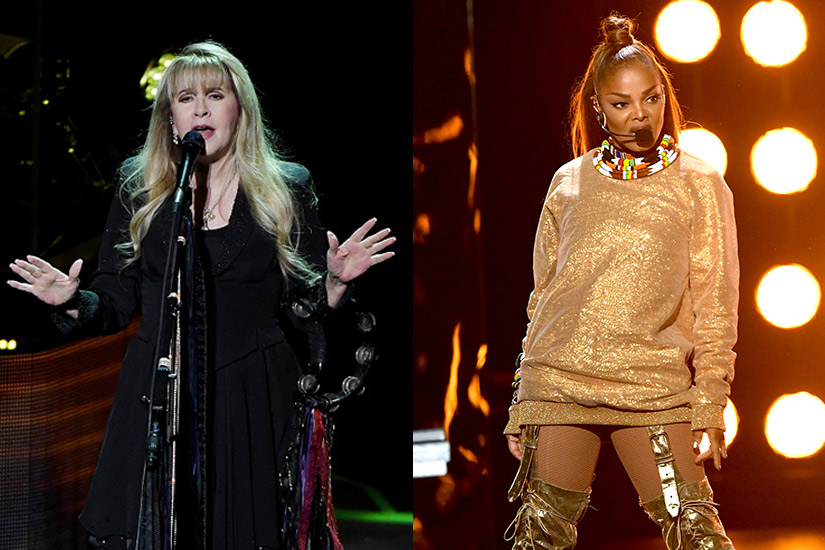 Stevie Nicks and Janet Jackson are among the 2019 inductees into the Rock and Roll Hall of Fame, it was announced this morning.

Nicks’ induction as a solo artist is actually a historic one: the 70-year-old singer-songwriter has already been inducted into the hall of fame as a member of Fleetwood Mac, making her the first woman to receive the honour twice. “I have a lot to say about this, but I will save those words for later,” Nicks said in a statement. “For now I will just say, I have been in a band since 1968. To be recognized for my solo work makes me take a deep breath and smile. It’s a glorious feeling.”

Pop icon Jackson—who, according to People, has sold over 160 million records around the world—also celebrated the news in a statement, saying: “Thank you Rock and Roll Hall of Fame,” she says. “I am truly honored and I am happy to be in there with my brothers.” She also thanked her fans with a brief message on Twitter.

We did it u guys ? Thank U for all your love and support. #RockHall2019 pic.twitter.com/1APrRJdmTv

Radiohead, metal legends Def Leppard, alt-rockers The Cure and British band The Zombies will also enter the Rock and Roll Hall of Fame in 2019. Artists are eligible for induction 25 years after the release of their first album or single. The ceremony will be held in Brooklyn on March 29.