Iron Maiden believe they are a better band than Metallica, even if they are not as commercially successful. 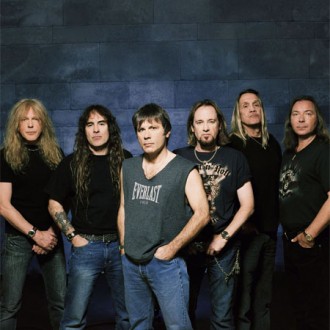 Iron Maiden believe they are better than Metallica.

Brue Dickinson – frontman with the ‘Two Minutes to Midnight’ group – has no doubt they are the better heavy metal act, even if they don’t sell as many records.

He told Metal Hammer magazine:”You’ve just got to have a sense of fearlessness. I got into trouble for saying that we’re better Metallica, and it’s true!

British group Iron Maiden started their career in 1975 and quickly became one of the leading bands in the New Wave of British Heavy Metal movement, releasing their debut album in 1980.

Metallica formed a year later in California, and have long acknowledged they owe a debt to Iron Maiden’s fast and heavy style, with drummer Lars Ulrich recently saying: “Iron Maiden have been the blueprint for everything that we have ever wanted to do.”

While Iron Maiden have enjoyed a long career, selling tens of millions of albums and reaching number one in the UK with their single ‘Bring Your Daughter… to the Slaughter’, they have never quite had the same commercial overlap Metallica enjoyed, particularly in the early 90s with their tracks ‘Enter Sandman’ and ‘Nothing Else Matters’.