Iron Maiden are releasing a live album of their The Final Frontier World Tour, called 'En Vivo!', recorded in Santiago, Chile, in April 2011. 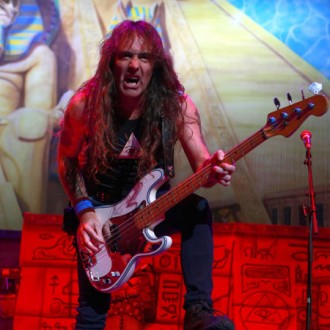 The album was recorded in Santiago, Chile, in April 2011 as part of the Round The World In 66 Days leg of the heavy metal group’s world tour and bass player Steve Harris explained they picked that particular show to capture the passion of their South American fans.

He said: “For The Final Frontier Tour it was really important to me that we filmed in South America as we’re always so overwhelmed by the fans’ reaction when we go to that part of the world and I wanted to reflect that.

“After much consideration we chose the Santiago show as we felt it was one of our best performances of the entire Tour.”

The show also featured a new version of the band’s mascot Eddie – a large zombie character who comes on stage with the band as part of every show – which the band had shipped over to South America especially.

Steve added: “He wasn’t due to make his appearance until our European leg of the tour later in 2011, but we managed to transport him across the sea in a special huge container just in time. He really has to be seen to be believed!”