INTERVIEW: Angel Olsen on her new album, My Woman 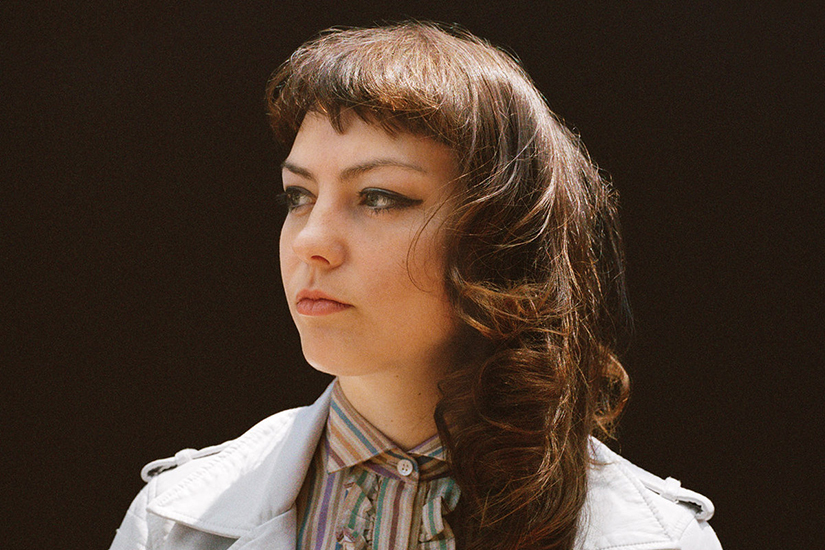 Her second album, Burn Your Fire for No Witness, was the sleeper nu-folk hit of 2014. Now, Missouri native Angel Olsen is back with My Woman, a grander but just as heartstrings-plucking follow-up that she recorded in only 17 days. Over the phone from a Calgary hotel room, Olsen fills us in on the making of the album—on which she says she finally relaxed into her own voice—and spills the stories behind some of the songs we guarantee you’ll have on repeat this fall. (Even more specific prediction: This will be your go-to record for Sunday drives on the chillier end of September.)

“I’d been listening to a lot of electronica, like Alex Cameron and Julee Cruise, and I just started writing a song in that vein. I ended up really liking the lyrics. I was like, ‘You know what? We’re going to put it at the top of the record, just fool a bunch of people into thinking that Angel has betrayed her folk values and thrown into the fire all those lyrics-based songs.’ But, no, I think it was definitely a tactic to say ‘Fuck you for thinking I’m just a folk, indie-rock person.’”

“This is the one I’m proudest of and listen to the most. It really has a live feeling. There are definitely parts in it where we fumble, but during the guitar solo there’s this point where we all just naturally stopped at the same time and then started again. Like, we just paused for one millisecond, and it was the coolest moment.”

“I kept the original demo vocal on that because I didn’t think I could re-record it better. Something happened in my voice that day, and it just wasn’t going to be captured the same way if we did it again. I’d been on tour and lost my voice, which was a really humbling experience. My doctor told me not to use it for two weeks, and this was the first song I recorded after that.”