Alexis Jordan loves working with Jay-Z and his Roc Nation label because he lets her make her own decisions. 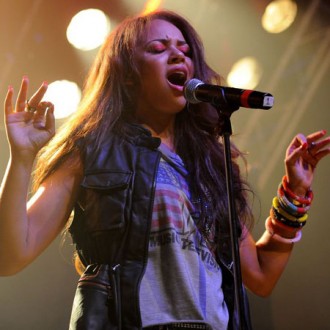 Alexis Jordan loves working with Jay-Z because he lets her make her own decisions.

The ‘Happiness’ hitmaker is signed to the rapper’s Roc Nation label and while she relies on him for direction and advice, he allows her to take charge of her sound and her image.

Speaking at the MTV Push in partnership with CK One party at the Village Underground in London last night (14.04.11), Alexis told BANG Showbiz: “Jay-Z is amazing. It’s so great for me to have someone like him be so hands on with my project. He’s really awesome. He really lets me be the artist that I am and lets me make my own decisions.

“I get to have a say in what I wear and what music I want to bring out and now it’s music that’s really fun and really kind of innocent.

“My music right now is a reflection of a little bit of who I am. I don’t think I could completely convey who I am in just one record so you’ll have to wait for the next one, and the one after that to find out more about me.”

Despite her success, Alexis – who also performed at the party – admitted she still gets excited when she hears her music on the radio and couldn’t believe it when she heard her track ‘Good Girl’ on a recent trip to London.

She said: “I flipped out today because we were in the car this morning and my driver goes, ‘Do you guys want to hear some music?’ And he put the radio on and it was my song.

“My mom was flipping out, we were like ‘did you plan this?’”